Andreas Psychogios again in the Isle of Man 2015

Andreas Psychogios preparing again to participate in MANX GRANPRIX 2015 to be held from August 22 to September 4 at the island of MAN!

As he says “Our team started the effort to participate in MANX GRANPRIX 2015.”
The ARTEMIS Athletic club athlete is Andreas Psychogyios, filed the documents in AMOTOE to issue the license of FIM. within the time limit of six months before the start of the match.
Andreas Psychogios emphasizes: “Thanks to the ARTEMIS club and special Panagiotis Sideris and AMOTOE and President Mr Stelios Corelli.
The effort is not individual and we need love and help all to be able to wave the GREEK FLAG in ISLE OF MAN. ” 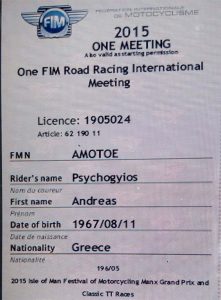 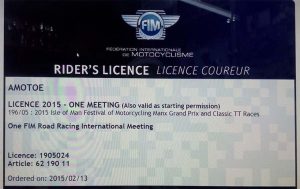