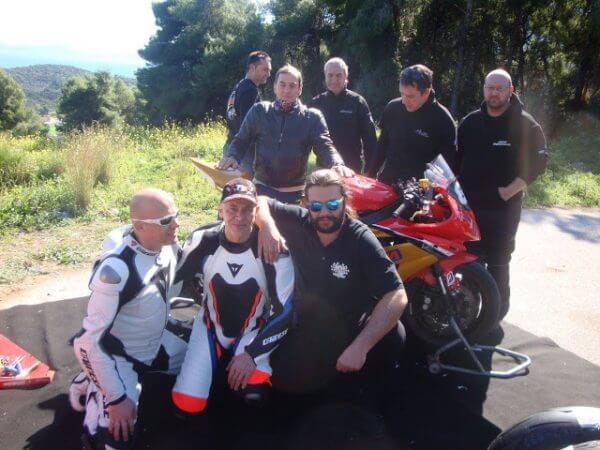 Andreas Psychogyios preparing again to go to the island, tireless and full of vitality, not to stop preparing. So as part of this preparation, Andreas together with the help of his friends from the clubs and motorcycle Club, prepared a Video presentation of the team that will go to the Isle of Man 2016 Manx Grand Prix
Andreas Psychogyios thank all our friends and supporters for their presence and assistance in the new video shoot for the Isle of Man 2016 Manx Grand Prix.
on:
LEMS Salamis (President Manolis Lionakis)
varadero Club
Tdm Club (President Alexander Misailidis
BMW Club Hellas (President George Venardos)
moto Remalia
Biker Fast (President Gregory Kondilis)
Africa Club (President George Tzimas)

And many riders who gave strong present in the video.